Here are some books that have been recommended to me and I hope to read this year. What are some of your favorite homemaking books?

A Mother’s Rule of Life by Holly Pierlot

This book has been recommended to me twice this month. It looks sweet and has a good rating on goodreads the only complaint from the reviews, “too Catholic” – sounds promising.

The Hidden Art of Homemaking by Edith Schaeffer

This book has been on my reading list for several years. I keep hoping I’ll find it at a thrift store but haven’t had much luck, it’s also not available at our local library so I decided to just order it this year.

I still don’t feel like our family is “large” but people keep telling me I’d like this book.

I enjoyed the book “Nurture Shock” although it wasn’t as groundbreaking as the reviews made it out to be, overall it was an interesting read. Some quick takes: 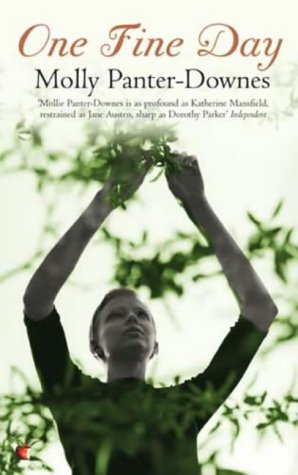 I finally finished One Fine Day. It really shouldn’t have taken me this long but life (and other books) got in the way. It seemed to drag on a bit and only half way through did I realize that the book was just that, “one day” I  get impatient with books that take place in just one day. (I really dislike the movie Casablanca for this reason, heh. ) But it was well written and a thoughtful book. It takes place in strange times, right after WWII, when all the families are adjusting to peace and the middle class struggles with their lowered standard of living. The introduction in my Virago modern classics edition was good, I enjoyed it more than the book itself.

The Calls of Fatima

What are you reading? What have you finished recently? Recommendations?

P.S. Harry Potter is not comparable to War and Peace. I’ve read both. Tolstoy is timeless; Rowling, might be a fun read,  but her works will not stand the test of time.

P.S.S. I’m happy to hear that Millennials are readers. I am a bookseller after all. 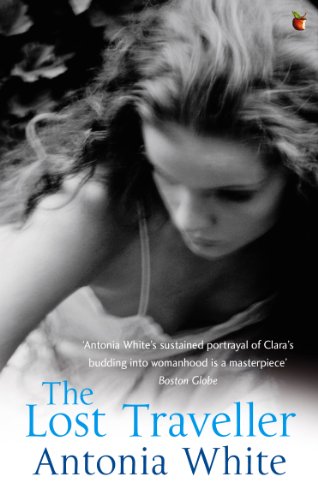 The Lost Traveller by Antonia White. This is the second book of a four part series. Apparently Evelyn Waugh admired her writings which is why I started reading them. 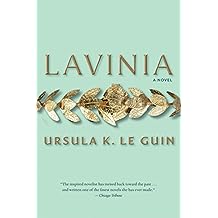 Lavinia by Ursula K. Le Guin  reminds me of C.S. Lewis’ “Til We have Faces” Pagan with flashes of the beatific.

One Fine Day by Mollie Panter-Downes. An interesting read so far. It takes place in England after the second world war and explores  how the war effected the middle class. Housewives became more isolated, help was harder to find and families had to manage without ‘those anonymous caps and aprons who lived out of sight and pulled the strings’.

I’m always looking for a good book. What are you reading?

P.S.  I’d like to write full reviews once I’ve finished reading them . . . Human life has always been lived on the edge of a precipice. Human culture has always had to exist under the shadow of something infinitely more important than itself. If men had postponed the search for knowledge and beauty until they were secure the search would never have begun … Life has never been normal …Plausible reasons have never been lacking for putting off all merely cultural activities until some imminent danger has been averted or some crying injustice put right. But humanity long ago chose to neglect those plausible reasons. They wanted knowledge and beauty now, and would not wait for the suitable moment that never come. Periclean Athens leaves us not only the Parthenon but, significantly, the Funeral Oration …. Men … propound mathematical theorems in beleaguered cities, conduct metaphysical arguments in condemned cells, make jokes on scaffolds, discuss the last new poem while advancing to the walls of Quebec, and comb their hair at Thermopylae. This is not panache; it is our nature

This book has been on my reading list for awhile. I finally checked it out at the library and was not disappointed.  Unaccountable is a book written by a practicing Surgeon at John Hopkins Hospital. It’s an incredible read. It offers simple solutions to significantly improving healthcare and cutting costs. A great Manifesto. All healthcare workers and patients should read it!

In Death of the Grown-up  Diana West explores the decline of Western civilization, the disappearance of adults, the rise of political correctness, Islamic terrorism and multiculturalism. It has been at once a depressing and inspiring read . . .

Alice Thomas Ellis was a fascinating woman, a talented catholic novelist, and an anti-feminist. When she was nineteen she became a postulation but had to leave the order due to health problems. She later married Colin Haycraft. They were happily married and had seven children. Her book,  The Serpent on the Rock   is a non-fiction work  which examines the changes within the church after Vatican II. It has been described as irreverent, spicey, passionate – combative.  Well,  it is certainly fast-paced, witty and straight-forward. Ellis does not mince her words. I enjoyed her candor and humor although I could see many Catholics taking offence at her tone. As one book review stated, You won’t find this one at your local Catholic bookstore!

“The silent influence of books, is a mighty power in the world; and there is a joy in reading them known only to those who read them with desire and enthusiasm. Silent, passive, and noiseless though they be, they yet set in action countless multitudes, and change the order of nations.” Henry Giles