A Book Review I originally posted on my book blog but it seems to fit here as well: 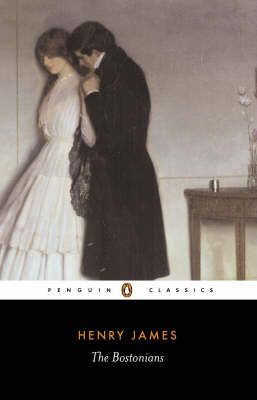 “I wish to write a very American tale, a tale very characteristics of our social conditions, and I asked myself what was the most salient and peculiar point in our social life, The answer was: the situation of women, the decline of the sentiment of sex, the agitation on their behalf.” –  from the Notebooks of Henry James 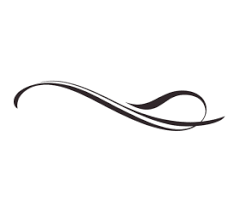 “Do you really take the ground that your sex has been without influence? Influence? Why you have led us all by the nose to where we are now! Wherever we are, it’s all you. You are at the bottom of everything . . . She is the universal cause”

I finished reading The Bostonians, the first book on my back to the Classics list, and love Henry James all the more for it. This book has been described as a satire and I agree it is funny filled with a good-natured irony, but it is more than a satire. It has a tragic touch and yet at its core it is a love story, the stuff of fairy tales.

It also deals with many themes I have struggled with and have been preoccupied with for years: the postbellum era, feminism, traditionalism, women in the domestic and political spheres, revolutions, reforms, reforms of the reforms, sympathy, true charity, and Mr. James addresses them all with a fierce and comic pen.

I read a few scathing reviews  and a few thoughtful ones that had me wondering if  we even read the same book! It appears that feminism is  controversial and this I think is what made me reread  it (I had abandoned this book once before) – I wanted His take on the movement.

Perhaps we have forgotten, so used to the movement, the advancement, the emancipation of women, that women were powerful and have always been powerful in a feminine way (have we forgotten Helen of Troy?)  Mr. James reminds us of this, that the domestic sphere has a power of its own,  (have we forgotten Penelope?)  There is something “divinely different” from the public life and that is the private life, hidden away for love of the other. The cloistered nun has great power, so does the housewife, both are a Joan of Arc in spirit setting the world on fire in little ways. A flame is just as bright in the home as it is outdoors, perhaps even brighter to those closest to it. What do we have if we sacrifice the private life? If we proclaim equality the absolute?

I found the book strikingly prophetic but not despairing. The characters themselves were believable and I loved reading about them even if I despised their views. I found them all to be well developed and the dialogue brilliant. Mr. James has a genius for it. Its juxtaposition to the characters actions, their surroundings, at moments  reminded me of Flaubert. The last three chapters were my favorite as Mr. James tied up the loose ends and set his fairy tale alive with a quietly dramatic and satisfying ending.

A brilliant novel but not an easy read, and of course, Mr. James leaves room for dispute as I have yet to find a review I completely agree with, which I suppose is part of the intrigue. As, Horace Elisha Scudder points out in his own review, “It is when we stop and take the book as a whole that we forget how fine the web is spun, and remember only the strong conception which underlies the book; the freshness of the material used; the amazing cleverness of separate passages;” We want to pin Mr. James down, and his book but it is too fine drawn for that, you dear reader, must read it for yourself.

My husband was stressed out from work, from traveling so much. So I asked him, “What can I do?” and he said, “laundry.”

Richard Wilbur
Love Calls Us To The Things of This World
The eyes open to a cry of pulleys,
And spirited from sleep, the astounded soul
Hangs for a moment bodiless and simple
As false dawn.
Outside the open window
The morning air is all awash with angels.
Some are in bed-sheets, some are in blouses,
Some are in smocks: but truly there they are.
Now they are rising together in calm swells
Of halcyon feeling, filling whatever they wear
With the deep joy of their impersonal breathing;
Now they are flying in place, conveying
The terrible speed of their omnipresence, moving
And staying like white water; and now of a sudden
They swoon down into so rapt a quiet
That nobody seems to be there.
The soul shrinks
From all that it is about to remember,
From the punctual rape of every blessèd day,
And cries,
“Oh, let there be nothing on earth but laundry,
Nothing but rosy hands in the rising steam
And clear dances done in the sight of heaven.”
Yet, as the sun acknowledges
With a warm look the world’s hunks and colors,
The soul descends once more in bitter love
To accept the waking body, saying now
In a changed voice as the man yawns and rises,
“Bring them down from their ruddy gallows;
Let there be clean linen for the backs of thieves;
Let lovers go fresh and sweet to be undone,
And the heaviest nuns walk in a pure floating
Of dark habits,
keeping their difficult balance.”
Books Catholic Children's Literature etsy fashion femininity feminism fitness Home Liberalism Literature Lyme Marriage Masculinity Modernity my poetry parenting Poetry Prose Red Pill Religous poetry shoes submission Uncategorized Writing `Music